Notable things you should know about Lisa Su:
1) CEO of AMD (Advanced Micro Devices) since 2014
2) Su is credited with pulling the 50-year-old company out of a financial tailspin by expanding into the graphics and video games chip market
3) Through Su's leadership, AMD is the sole chip provider for both Microsoft's Xbox and Sony's PlayStation gaming consoles.
4) As founder of IBM's Emerging Products group, she led a 10-person team focused on improving broadband access and improved battery life for cell devices.

Lisa Su was born in Taiwan and immigrated to the US at the age of 3. Her father was a statistician and mother an accountant, so both her and her brother were encouraged to study math and science. It ran in the family! Her mother became an entrepreneur and also introduced her to business concepts.

Su aspired to be an engineer at a very young age, she used to take apart her brother’s remote control cars to figure out how they worked. In junior high she owned her first computer, an Apple II. She attended a special high school in New York called The Bronx High School of Science.

She attended MIT and majored in electrical engineering. She chose that over computer science because “it seemed like the most difficult”. She capitalized on research assistant opportunities during her time at the University, which fueled her interest for semiconductors. She went on to obtain a masters degree, then a PhD in electrical engineering at MIT. Her thesis was also focused on semiconductors.

Her first corporate job was a member of the technical staff at Texas Instruments (you know those fancy graphing calculators we used in Calculus?) working in the semiconductor process and device center. She was in that job for one year until IBM tapped Su to be appointed as VP of IBM’s semiconductor research development center.

IBM is really where Su earned her stripes – she played a critical role in developing the recipe to make copper connections work with semiconductor chips instead of aluminum – which led to revolutionizing the whole industry. Copper technology became the standard for the industry and led to chips that were 20% faster than previous versions.

In 2000, Su became the technical assistant to IBM’s CEO for a year where she took on the role of Director of Emerging Products – where she was her only employee. She eventually hired 10 employees and acted as an independent startup company. There she created a microprocessor that improved battery life in phones. She then improved the performance of gaming machines such as Sony PlayStations and Microsoft’s Xbox’s. At this time she was also continued the role of VP of semiconductor research until 2007. So basically Su can be credited for speed and battery improvements for a huge amount of devices we use today…

Freescale Semiconductor then snatched her up to be the CTO heading up research and development until 2009. From 2008 – 2011 she served as SVP and GM of Freescale’s networking and multi-media group where she ran global strategy, marketing, and engineering. She was credited for helping freescale “get their house in order” to prepare for their IPO. This 4 year run was hugely essential in giving Su the business experience to move into bigger CEO positions.

In 2012 Su became SVP and GM at Advanced Micro Devices (AMD) overseeing the company’s global business units which entailed end to end execution for her business unit. In 2014, AMD announced Su as the President and CEO. A no brainer!

My takeaways on her path to success: 1) Her laser focus and drive on semiconductor technology paid off over the span of a decade. She picked a topic to be the expert and became the best in the industry 2) High pedigree of education – PhD at MIT – definitely helped land a VP job 1 year out of academia. 3) Her parents gave her a strong balance of technical and business exposure from an early age, which is especially critical for technical geniuses. Not all can bridge the gap to become business leaders. In fact, very few do. 4) Technical assistant to the CEO is a critical position and led her to have startup experience but with the safety net of a big company 5) Taking on the the CTO and SVP position at Freescale Semiconductor was a smart move to further her business skills. She already had technical skills down, to be an effective leader she needed to keep pushing into the business side. 6) Su is generally brilliant, it’s hard to deny a woman top positions when she is credited for essentially modern day speed in technology. 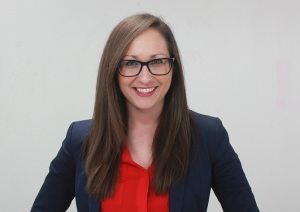